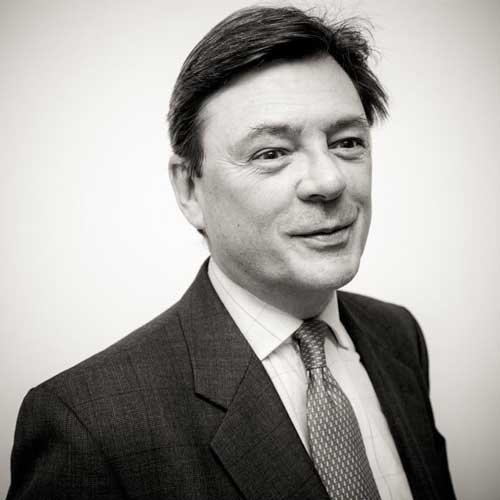 Tim Blythe is a Partner at BlytheRay and is a Founder of the business.

In 1982 he was told he was being promoted within the Department of Trade and Industry and, in order to work with Ministers, he was going to spend a year in a press office. “I don't know what they do. I think they are all failed journalists but do it for a year and then we'll move you on”. Not exactly the boost you might expect at the start of a new job.

Challenging times; married with two small kids and his guitar playing was suffering.

After a year, when he was meant to "move on", he knew he wanted to stay in this business, whatever it was. Tim worked for Norman Tebbit, Norman Lamont, Leon Brittan, Ken Clarke and many of the leading Secretaries of State of the 1980s.

From NatWest he moved to Brunswick in 1993. Long lasting friendships were established, a great deal was learned and some fabulous transactions were handled including the demerger of National Grid plc from the 12 RECs and the demutualisation and float of Norwich Union, now Aviva.

Tim then served on the Executive Boards of two FTSE 100 companies; first as Director of Corporate Affairs WH Smith Group plc (which then owned both Waterstones and The Virgin Megastores) and then at Rolls-Royce plc. Managing media relations, investor relations, staff communications and government affairs on a global scale was quite a challenge – as was managing 140 staff and PR firms around the world!

He then launched BlytheRay in 2007 with seven clients. Thankfully, we grew and in 2022, we are a very different business riding high in the rankings of PR firms with a much larger client roster and a great team.

By the way, he says that the guitar playing is improving.